So this is it. It’s time to “Get In The Game” and raise your ULTRAZONE laser tag score. We’ve put together some simple (hopefully) coaching thoughts to get that score elevated. Of course it is really common to see laser players have great plans only to be caught up in the rush of excitement. Hey, that’s what The ZONE does. It changes your life.

Hey, give yourself a break if you don’t get a huge score in the first game. Our arena “The ZONE” is really designed to be overwhelming (in a good way) for your first few games.

Here is a cool overhead design that should, and we emphasize should, help you find your way around the Arena for the first few games. 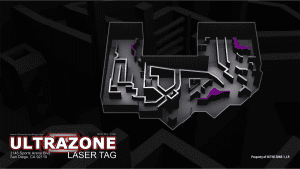 OMG, What Happened In There?

So you return to the lobby and we call out scorecards for each player (each player equipment or vest  is designated by a cool themed name ).  Once  you get your game scorecard, it is really easy to help you figure out what happened in the game and even put together a strategy for next game-not that you’ll follow the plan of course :-).  Here is an example of a scorecard that shows you what did actually happen in there.  The key is to show your score to one of the staff and ask them to help analyze your game. 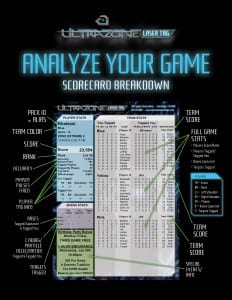 Scorecard is also available in PDF here: Analyze Your Game

Uh, You Should Fire Your Laser

This absolutely the first item we look for when we chat with you after the first game or two. For top results you should fire your laser 400 + times.  Everyone’s accuracy is terrible; so if you’re not firing your laser, you’re not scoring points. 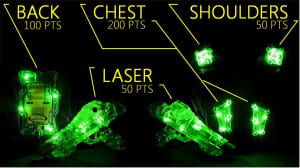 Here is a photo of a Base Target. To win the game, you really have to capture the bases.  In a 3 team game you’ve got 2 opponent bases worth 2001 points each.  ALERT! You have to tag a bases 3 times in a sequence to capture it.  If you miss the sequence the Base will actually ridicule you for being a loser. 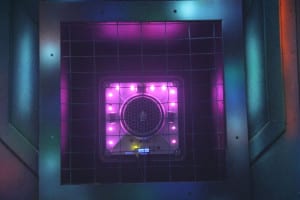 Here’s a photo of a Target (uh, the real ones are a lot smaller, unfortunately for you) with the point values that we currently have assigned to each color. There are 50+ of these hidden throughout the Arena on walls and on the ceiling. We program them to go active and stay active for a certain amount of time so stay alert. Players who focus on these generally get huge 15,000+ scores. 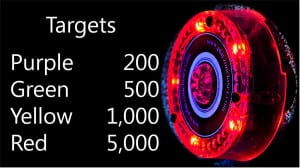 Game Stations- Power Up Your Game

Here’s photo of a Game Station kiosk.  Game stations give you special player powers aka “power ups.”  Here’s the deal 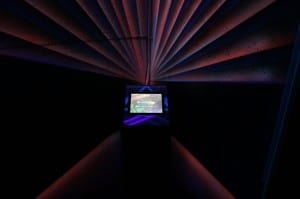 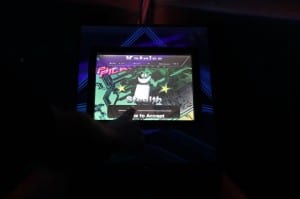 As for the power ups there are five of them

NOTE: If you try to get 2 powers ups in succession you’ll get ACCESS DENIED on the screen. 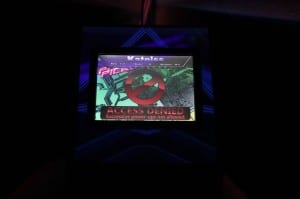 Friend or foe, it all depends if you are on your game with this Arena feature.

The goal is to capture it.  The beam emitter is located in a Zeon based power cube on the Cyborg’s chest.  The sequence is continuous during a game.

You goal is to capture it in the green cycle, then you “own it” and when it fires you get all the points from the players it tags. Nice!

HINT: 1- It is best to get this with a friend so your teammate guards for you while you “capture it”.  2- You do not have to stay around once you capture it.  The Cyborg knows who you are for that cycle! 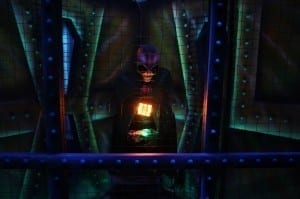 Team, Team, Team- players on the court.  Play with a buddy or better yet a group of 3 or even 4.  You’ll make some new friends and your team will probably win.

Change Your Laser Grip To The Role Player Grip

Ok this is it. The next level of laser tag coolness the famous “Role Player Grip.”  This grip has been used since the very beginning of ULTRAZONE.  It is really helpful in laser movement and looks awesome too.  Just rotate the hand holding the front of the laser so your thumb is covering the palm sensor and your fingers are on the top of the laser.  We’ll show you the next time you’re at The ZONE.  Here’s a photo of “G” demonstrating the grip. 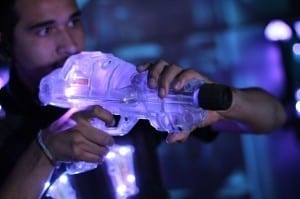 The Sweep Move is another super cool laser tag game move that all the tournament players use.  You sweep your laser in an arc across a single player or better yet event a group of players.  The secret is that the laser fires in that pattern you can actually tag more than one target in a single laser pulse. Ask us about this. 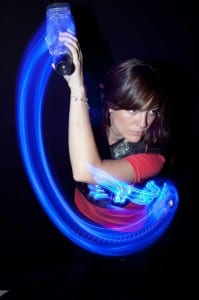 Sort of a myth that there is a “great spot” to stay in for long periods.  Sometimes in certain games that might work, but mostly keep moving and follow the crowd,  which means you’re following points. Now there’s a hint for you.

Email us a game tip, we mean a really solid game tip and we will respond with genuine appreciation and maybe something even better than that.  We will definitely post the best tips! 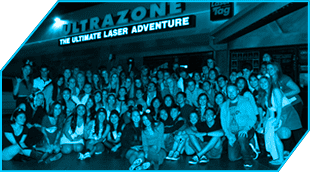 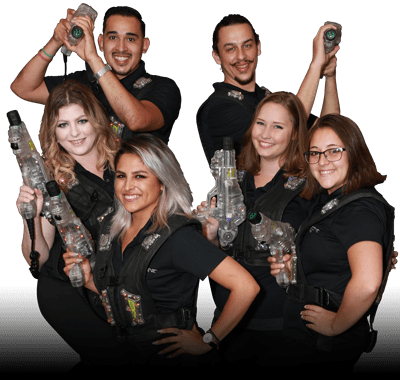